It’s fair to assume that a lot of couples enter into a marriage without the expectation of being separated. Suppose you had known you weren’t even going to make it. You would have avoided spending money, walking down the aisle, or flying your loved ones miles to the venue in the first place.

However, the reality is, marital issues come with every relationship, and each couple would have to deal with it eventually. Indeed, statistics indicate that the number of marital break-ups has spiked globally towards the end of 2020. Relationship specialists caution that the pandemic-induced split curve may not have even reached its peak yet.

So, depending on how you look at it, the circumstances that could take you and your spouse from a place of love, harmony, and peace to a divorce attorney’s office may just be hiding under your nose all this time. How do you know when it’s time to let go?

When a marriage starts to collapse, anger and resentment take place. The love and acceptance that once served as the foundation for your relationship begin to fade. You may even go to great lengths to avoid each other and are better that way than when together.

Of course, indulging in different activities and having your own set of hobbies is a positive and healthy part of a relationship not to lose your identity along the way. However, the decision to be apart from your partner and a significant change in how you communicate in your relationship indicates that your bond with each other is deteriorating.

Not worth fighting for

Discontent, animosity, and emotional conflict can develop between couples who avoid confrontations or push issues under the carpet. Partners often do so for various reasons. That can include that they do not feel comfortable discussing challenging matters with their spouse or they’ve only had a superficial relationship since day one.

Making peace with one another and dealing with disagreements in a healthy and secure environment is an ideal approach. Unfortunately, some couples, on the other end of the stick, have become accustomed to frequent fights without regard for fairness. It’s okay to disagree from time to time. But if you’re continuously bickering over some simple things, your conflicts would eventually result in bitterness and anguish. 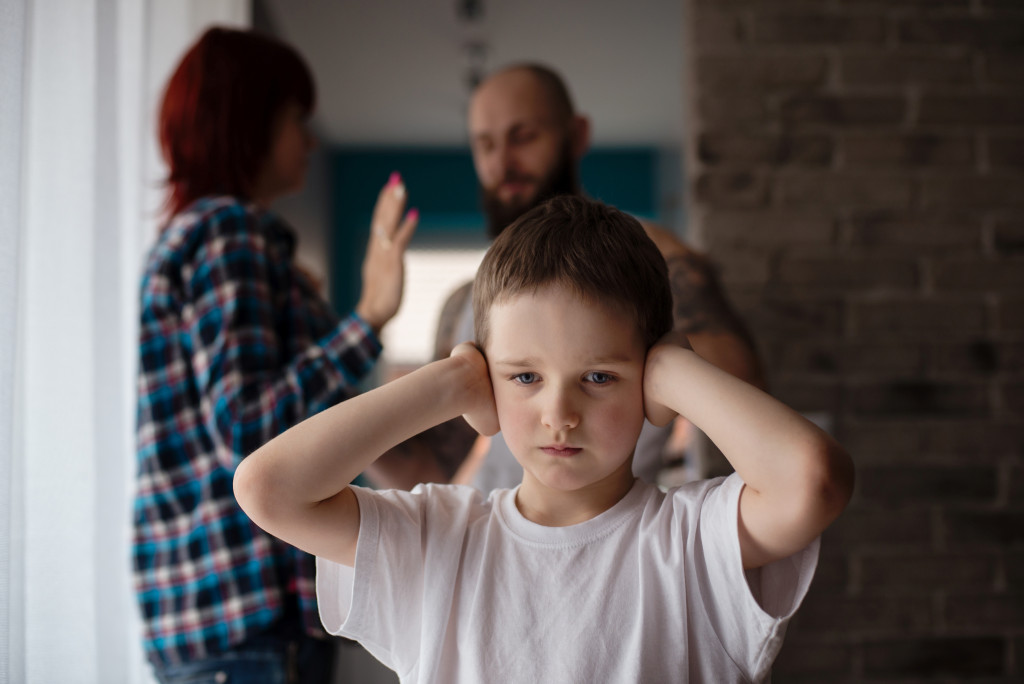 Open and good communication is one sign of a strong partnership. So if you are making small, quick conversations, you must be on the lookout for signs of trouble. For example, when something important happens, be it a professional event or a personal achievement, the instinct is to tell your spouse about the good news. However, if you prefer excluding them from knowing the word first, you may desire a need that is only fulfilled outside the relationship.

This eventually leads to not getting any substantial talks with your partner, other than the obligatory discussions about housework and bills that need to be accomplished. When individuals refuse to speak up, no issue will ever be addressed nor solved. If you and your partner have nothing more to say to one another, you may want to consider it a warning sign.

Occasionally, in an attempt to prevent a conflict or aggravate your spouse, you may conceal realities and issues in hopes of shielding them from pain or avoiding an argument. However, even if your motives are pure, the hidden details might emerge later. It can cause tremendous anguish and betrayal from the other end due to not discussing the situation from the start.

Hiding truth and information is just another form of deception and deceit. So be cautious about what you want to keep hidden from other people, especially the person you married.

The intimacy is gone

Although the initial notion of intimacy may relate to sexual activities, it may also relate to more wholesome behaviors such as walking hand in hand, cuddling, embracing, or just caressing each other while you’re conversing about matters of your lives. It’s important to understand that sex is not the only important element of a successful marriage in this aspect.

Making a conscious decision to end a marriage and the thought of being alone and broken is a terrifying idea for many people. However, people with low self-esteem would be okay with mediocrity, setting the bar low, and end up sucking it up to save a marriage they know had reached its dead end.

However, that does not even come close to the life you would have had if you chose to stay and pursue a hopeless marriage you know would cost your emotional and mental well-being in the long run. So be aware of when you’ve reached the end, and it’s time to put a stop to it.