Calligraphy has come a long way and evolved greatly over time, alongside the evolution of technological innovation across the world. The art of writing by hand is a wondrous discovery within itself. It is not just a way to communicate; it inculcates human nature through its variations. Some even deem calligraphy the noblest of all art forms.

Typically considered to be the oldest form of communication, calligraphy remains widely used and went through a multitude of communication trends. Nevertheless, calligraphy’s ubiquity has never seemed to diminish. What once had to be carved on turtle shells or animal bones is now as simple as putting pen to paper. The most modern trends even make use of blendable markers, fountain pens, and watercolor to showcase different styles of calligraphy.

But how did it really start, and where is it now?

The Birth of Calligraphy

Calligraphy is a story of ancient scrolls to modern ages. The earliest records of calligraphy date back to ancient China, during the Chang dynasty. Official calligraphy script was incorporated in Chinese writing in the third century B.C. and led to the earliest form of cursive script. In fact, Japanese and Korean calligraphy traces back to this as well.

Of course, the Chinese were not the only ones who dabbled in calligraphy during ancient times. Islamic calligraphy was also prevalent back in the sixth century. It is strongly tied to the Qur’an, while Greek and Latin alphabets show hints of this as well. This is not to mention the fact that Christian churches had their hand in perpetuating the use of calligraphy by hand-copying the Bible and other sacred texts to proliferate their religion.

The Introduction of Typography

By definition, typography refers to letters and characters designed in printed or digital form. Its earliest forms were introduced in Europe during the mid-fifteenth century through the creation of the printing press. It was during these times that the original purposes of calligraphy dwindled down, though not to the point of non-existence.  Contrary to other instances of being rendered obsolete, calligraphy did not meet its end during this era. Instead, it was able to adapt and evolve, alongside the modernization of typography.

Modern Calligraphy: Then Versus Now 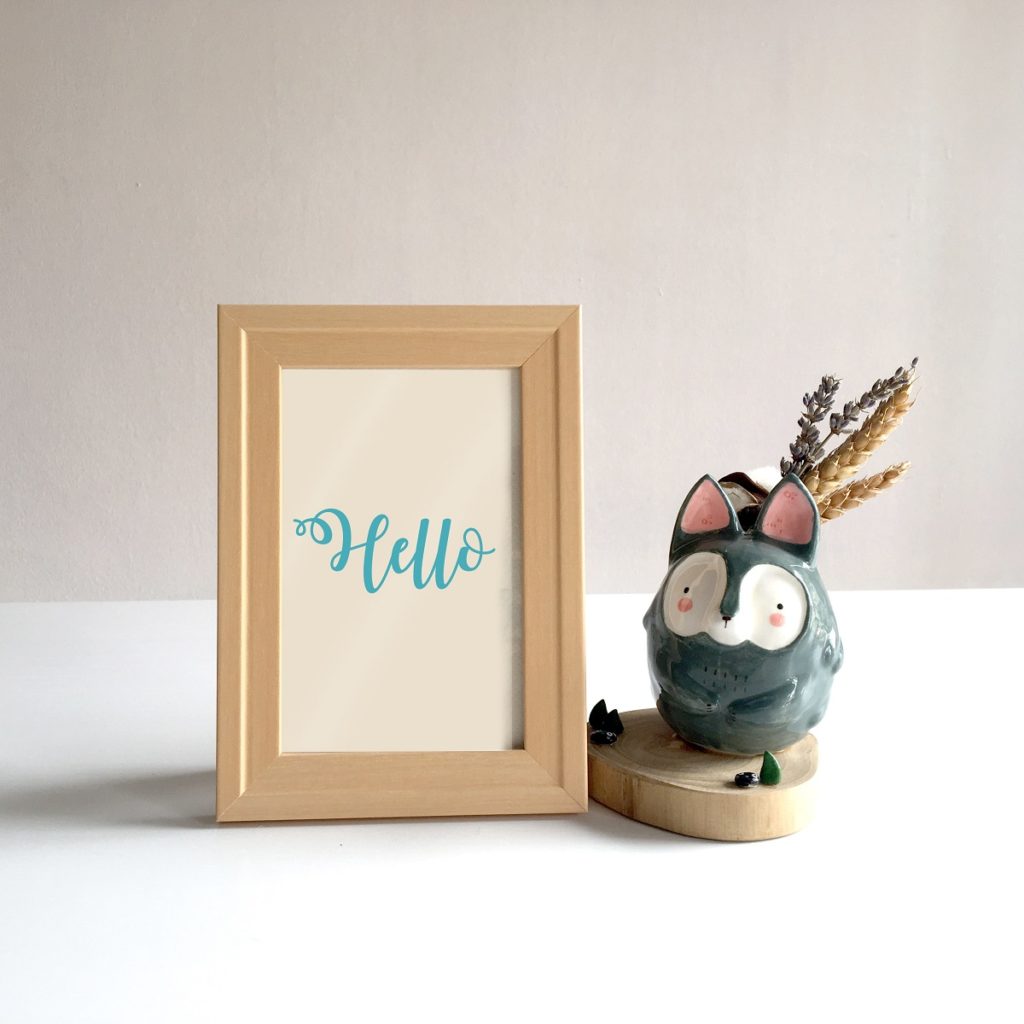 Calligraphy has come a long way. It has now become an art more than ever, as its use continuously and consistently starts to shift toward personal expression rather than the outright need for communication. Writing by hand is now considered to be more intimate and more reflective of a person’s distinct personality and voice. What used to be done through rudimentary techniques has now taken form on so many different platforms.

Calligraphy is, of course, still present in the short hand-written notes we exchange with our friends and families. It is also present in the mundane reminders we jot down to keep ourselves in line. And it is present in the journals some of us secretly like to keep.

More than that, it is also present in the Internet of things. Calligraphy has been running rampant across social media, inspiring the general population to observe and practice it for fun. This growing popularity is just one way that shows how calligraphy has managed to evolve into something our earlier ancestors would not have been able to imagine, much less do.

It only goes to show that calligraphy can stand the test of time. It can also adapt to whatever evolving trends the world may throw in its way.